What does home insurance not cover? 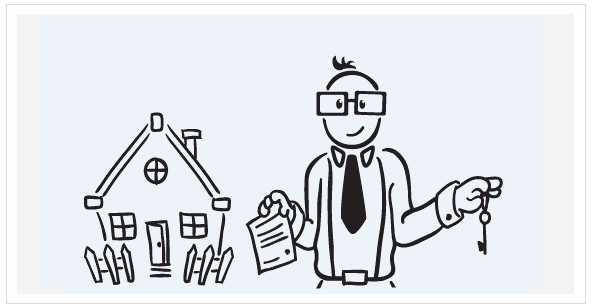 Home insurance policies come in all shapes and sizes and all have slightly different benefits and exclusions to pay attention to.

We realise most of you know this already, but there are also some limitations that aren't so well known which tend to catch home owners out.

Like all types of insurance, your home and contents cover exists to protect you from unforseen events, not damage that was caused intentionally or could have easily been avoided.

We’ve highlighted some of the more common home insurance exclusions below, so you don’t get any nasty surprises when you need to claim.

So what does home and contents insurance not cover?

Leaving your home vacant for an extended period of time

If you intend to travel the world for a year leaving your house unattended - make sure you tell your insurer. Don’t assume your insurance will cover your home when you are not there to keep an eye on it.

Participating in a home-swap or having strangers to stay

With new accommodation websites on the rise like Airbnb, so becomes the risk for your home. Remember that only persons named on the certificate of insurance are covered. So if you have someone coming to stay with you that you do not know (and they cause damage), you may find that you are not covered. Likewise any damages when participating in home swaps.

Not properly securing your home

If you’re a victim of theft, but you realise the back door was open, or your alarms were broken or not activated, you might find any claims made will be declined. If you live in shared accommodation and theft occurs in common property areas, but there are no signs of forced entry it is unlikely that your claim would be paid either.

You are unable to claim for any loss or damage which happens before your cover starts or which arises from an event before the period of insurance cover starts. Similarly damage (e.g. slow leak) due to wear and tear where the policy holder could reasonably have been expected to repair might not be covered.

Not being covered for flooding is a common exclusion. Most policies will not cover for loss or damage when normally dry land is affected by water escaping or is released from the normal confines of a watercourse, river, lake, reservoir, channel, canal, dam or creek. Some policies might cover for a natural river bursting its banks, but not for a man made one. If you live in a flood prone area, make sure you look for a policy that covers it, as they do exist out there.

If your house is flooded due to sea or storm surge you are unlikely to be covered either, or for any related damages such as:

-    the cost of removing fallen trees post storms
-    damage to broken glass in conservatories
-    damage that occurs more than 72 hours (time varies) after earthquakes, landslides, storms, floods
-    if you have lightening damage but the Australian Government Bureau of Meteorology has no record of lightning in your area

Water damage that is covered usually refers to the escape of water, or similar liquids from water mains or pipes, gutters, water tanks, fixed appliances and heating or cooling systems.

Most insurance policies will specifically exclude any act or risk they consider associated with war such as any loss, destruction or damage caused by nuclear weapons.

Not all insurers cover loss or damage caused by animals as standard.

If you’re renovating your house, or having an extension and during building works damage is done to other parts of the house - this might not be covered as it's not viewed as unforseen. Similarly if you're having structural rennovations to your roof and bad weather strikes, you might not be covered either.

Most policies will only cover the person named on the insurance policy and family members living in the house. If you live in shared accommodation everybody in the house needs to get their own insurance for their things.

Beware if you're running a home business as business items might not be covered under your standard home contents insurance policy.

It's your duty to tell your insurer all relevant information in relation to your home and contents. Make sure you're honest from the start - for example if you said you had deadlocks on your house and you didn’t, your claim could be declined. If you're renovating your house (which might increase its value) then you should notify your insurance company asap as you might need to increase the amount you are insured for. If you fail to comply with your duty of disclosure, your insurer may be entitled to reduce their liability under the contract in respect of a claim or may even cancel the contract. If your non-disclosure is fraudulent, the insurer may also have the option of voiding the contract from its beginning.

All policies have limitations and exclusions in one form or another so make sure you understand what you are buying before you sign on the dotted line.

Need some more help? Our beginners guide to home insurance is sure to have all the answers!