Insurance news at your fingertips 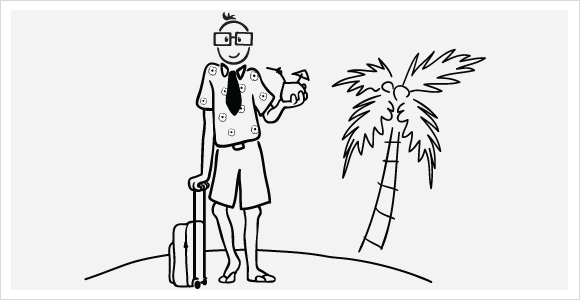 The new findings by Compareinsurance.com.au found paid claims included a woman who stripped off her wetsuit while shark diving only to lose her engagement ring in the pristine Whitsundays deep blue sea.

Another holiday-maker in Canada opted to be inked while on holiday but was left with severe allergic reactions after paying for a tattoo he would rather forget.

But some claimants weren’t so lucky, one couple who went on a hunting tour in North Queensland sought a quick escape after they claimed they were hunted by their tour guide. After cancelling their tour and trying to make a claim they later had it knocked back.

The site’s director Natalie Ball said while many Australian jetsetters were making outlandish claims, she urged all those going on international holidays to “pack their travel insurance.”

Some quirky claims are made when people are on holiday and doing crazy and funny things,” she said.

“The crazier, smaller claims definitely fall within the under 30 age bracket and the higher value claimers are often medical claims made by seniors.”

Another claimant received a kick in the teeth after witnessing an accident — while he went to give the victims a helping hand he left his photography gear unattended and consequently it was stolen.

His claim for stolen goods was rejected.

Every year more than 8 million Australians travel overseas and the Department of Foreign Affairs and Trades provides consular assistance to more than 10,000 people in difficulty.

However the Australian Government does not pay for travellers’ medical treatment overseas or medical evacuation overseas.

“Australians are expected to be inherently confident travellers despite being geographically isolated from the rest of the world,’’ he said.

Compareinsurance data shows about 75 per cent of claims are for less than $1,000 and usually involve lost baggage, cameras, smartphones, flight cancellations and minor injuries.

The average cost of travel insurance is about $165 and the majority of claims come from travel in Asia (Thailand and Indonesia), USA, NZ and the UK.

Keep up to date with insurance tips