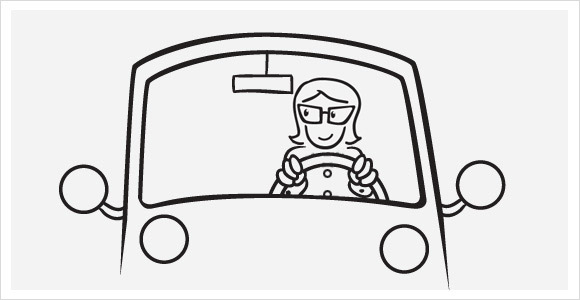 Who’s the better driver – men or women? Is this a topic of conversation in your home? Well it needn’t be anymore as it’s been proven that women are the better drivers. Females are generally more cautious when behind the wheel compared to their male counterparts. They tend to stick to the speed limit, take fewer risks and make more careful decisions while driving.

So why are women’s premiums lower?

Insurers base their quotes on statistical data from all their customers, and work out the risk you typically pose.

Because women are less likely to be in an accident they present a smaller risk to the insurer, and therefore get cheaper premiums.

How else can I reduce my premiums?

Don’t worry guys – if you’re reading this, there are ways you can save on your car insurance too.

You also might be able to save even more by increasing your excess, installing a security device, or setting a minimum age for anyone driving your car.

Ladies - don’t pay too much for your car insurance. Many insurers out there believe you should be rewarded for safe driving.

But don’t just take our word for it, see for yourself. We compare quotes from female insurance specialists 1st for Women, also Budget Direct, Virgin Money and more.

Compare car insurance for women today and see how much you can save!